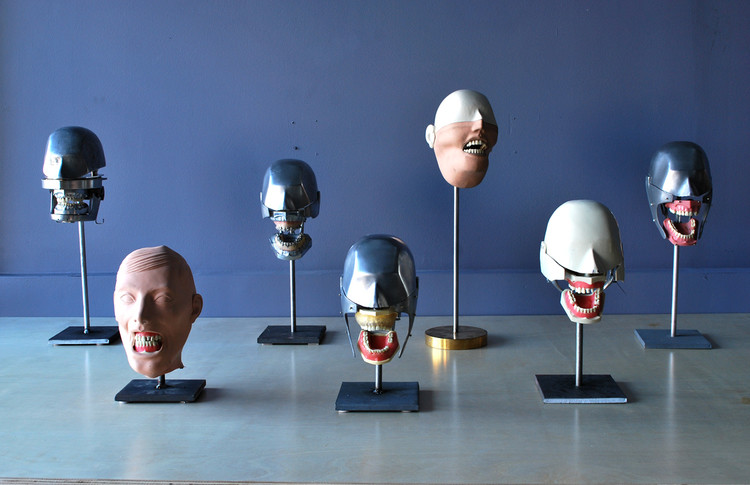 Have you ever wondered the way dentists practice when making fillings or extractions before they make them in the mouth of a real patient? The use Dental Phantom.

It would be a little tricky being the first patient of a student who has just studied theory with no practice.

That’s what Eduard Oswald Fergus thought, a XIXth c. dentist who invented a gadget for practicing during this first stage, called “Dental Phantom”.

This gadget consisted of a metal stick and two mandibles made of brass in which teeth were secured. Fergus’ Phantom could also be placed in a laboratory or in the back of the dental chairs so its use could be much more similar to the conditions the student would later work with.

From then on, this phantom “head” has been improved through time and thanks to new technology, and it is still essential part when studying dentistry.

Some antique models look like horror movies’ devices. What do you think of this one belonging to 1930? It has got its own tooth decay, gold fillings and some little rivet in which pieces of rubber or leather were hold, depending on the model, to simulate the face of the patient. However, and frankly, I think it would be much more scary with a face…

Currently they are still used, but with obvious improvements -technologically and aesthetically- and they are indispensable at dentists’ formation who will finally work in your mouth, for example making teeth cleaning or placing implants.

The picture below shows a classroom in the University of Valencia in which students practice with a current model.

There are even some models with Japanese aesthetics more futuristic,

but basically all them have the same function, they are used for learning and practicing on situations that later the dentist will face with real patients.

Some sculptors have found their inspiration in these models from the industrial period to take us to a world of robots and androids more typical in a Sci-Fi movie than in your dentist clinic… Don’t you think?

Have a look to the work of Brian Kubasko and tell us about your impressions.

I think I would´t place them in my living room, but they may look great in the office.

If you want to buy some of these pieces or the ones appearing in the first picture, you may visit these two websites: agentgalley and museum oddities.

previousWhat Is a Dental Technician?